The First Book of Sound: A Basic Guide to the Science of Acoustics (Paperback) 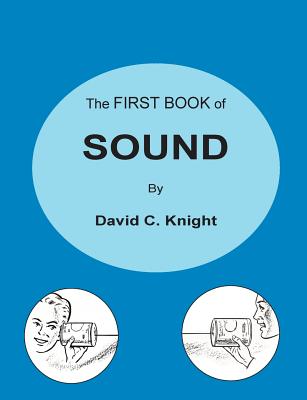 The First Book of Sound: A Basic Guide to the Science of Acoustics (Paperback)

In the 1950's and early 60's, Franklin Watts published a series of science books for upper elementary/middle school; students. These were "living books" that captured the interest and imagination of the children who read them. The First Book of Sound, written and illustrated by David C. Knight is one such book. Its principles are timely, even though technology has progressed beyond some of the examples found in the book. Nevertheless, the science of sound is made very understandable to the young reader. The author begins with a definition of sound and progresses to how humans hear it. He breaks the topic down into sound waves and their characteristics. A discussion of pitch, loudness, and quality follows. He discusses music and how instruments differ in their sound. He concludes with modern applications, such as supersonic flight and the atomic bomb. A thorough Table of Contents and Index is included. Illustrations include actual photographs and drawings of the subjects discussed. The book concludes with several simple experiments that the student can do to demonstrate sound and its characteristics.