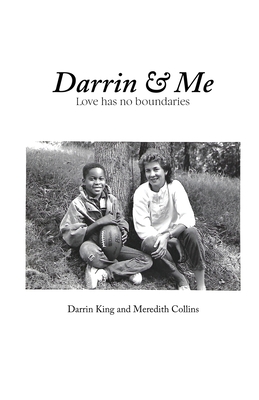 
Usually Ships in 1-5 Days
The Sandusky and Fairview neighborhoods in Lynchburg, Virginia were only 11 miles apart, but they may as well have been on different planets in 1987 for all they had in common. The dissimilarities in the lifestyles of those living in the two neighborhoods was noticeable. It wasn't just a disparity in income levels that created the differences. It was also the culture, a way of life that that differed not simply due to money, skin color, or opportunities. In Fairview Heights, life was simply harder. Fortunately, neighborhoods are made up of individuals and individuals can choose to understand differences and look past them to embrace the things they do have in common, like hopes and dreams and aspirations - and even pizza.
The hand of God was truly at work when the 27-year-old Meredith White of Sandusky Drive and eight-year-old Darrin King of Gilmore Circle came into each other's orbit. A world of differences were irrelevant or just didn't matter. Over time they didn't allow such things as age, gender, race, income or anything else to define their relationship. Those things were stripped away to breathe life into more important matters. They lived in the moments they were given. Originally brought together by the Big Brothers and Big Sisters organization, their friendship far outgrew that program and continues to blossom today. This is a story of an unpredictable and indescribable bond that was forged by two individuals who were indifferent to their differences and grew to love one another with no boundaries.