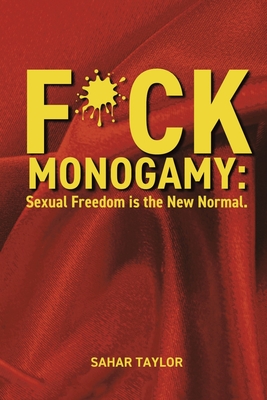 
Usually Ships in 1-5 Days
Many people miss opportunities to restructure, rebuild, and ultimately save their failing relationships because of misconceptions and a lack of knowledge about sexual freedom. This way of thinking creates barriers to the success of many relationships and prevents them from achieving sexual freedom which is at the core of non-monogamy. To become sexually free, one must have an open mind and be willing to challenge his/her current views on sex and love. The irony of it all is that many traditional, monogamous partners may already be participating in non-monogamous relationships without their consent. Cheating continues to be one of the top three reasons many marriages end in divorce and two-thirds of people admit to cheating before and during their relationships. Non-monogamy can be a cure to the pain so many endure from the tribulations of infidelity. The idea of consensual non-monogamy is that all partners consent to sexual and/or emotional connections outside of the primary relationship. Many have found that consenting to extra partners for emotional and/or sexual support, helps to strengthen their bond and creates a more fulfilling and sexually gratifying relationship.

This book offers readers a very tantalizing and seductive peak into non-monogamous culture, while offering suggestions on how to navigate non-monogamous unions such as swinging, polyamory, and open relationships. Join the author on her journey as she discovers her sexuality through her intimate experiences in the world of non-monogamy.
The seventies, known as the era of exploration, the Vietnam War has ended and now everyone is indulging in the idea of sex and love. It's no wonder that Sahar Taylor, is no stranger to being a non-conformist, exploring the idea of free love in her memoir , "F*CK Monogamy: Sexual Freedom is the New Normal", delving into the idea of non-monogamy, an unconventional remedy to sexually and emotionally unfulfilling relationships.

Born December 16,1975, Sahar was raised in the eclectic streets of Philadelphia. She was your typical Black child growing up in the late '70s and just like a lot of families in their community, she grew up poor but learned to make the best out of life with what they had. Raised by her mother and father alongside 3 sisters and one brother, they were always subject to the rules of the household; chores and schoolwork before playing outside, no hanging on the corners, and be in front of the house before the streetlights came on. These rules molded them, controlled the level of trouble that would find them, and set them on a path to excel.

But as an adult, even when tempted with the normalcy of life, Sahar dared to be different; unapologetic and open about one of her most favorite pastimes, SEX. Never a stranger to the topic, she was persistent in her attempts to have sexually fulfilling relationships but found that conventional relationships rarely were. This Bold, Authentic, Upbeat novel is an introduction of its creator and her experiences. She is undoubtedly paving the way to usher in a new era of Free Love connecting people from across the spectrum, who desire to be in sexually stimulating atmospheres. Sahar uses her own experiences in her books, events, and coaching to help others decide if non-monogamy is right for them and to navigate consensual non-monogamy once they've begun their new lifestyle.

Sahar Taylor is an author, media personality, and lifestyle relationship coach who curates lifestyle events catering to the Black experience.