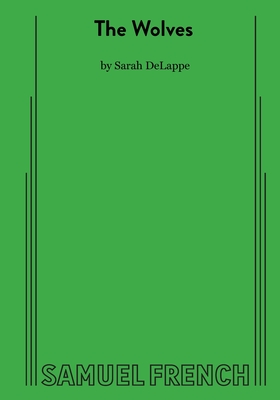 Left quad. Right quad. Lunge. A girls indoor soccer team warms up. From the safety of their suburban stretch circle, the team navigates big questions and wages tiny battles with all the vim and vigor of a pack of adolescent warriors. A portrait of life, liberty, and the pursuit of happiness for nine American girls who just want to score some goals.
Sarah DeLappe’s play The Wolves premiered off-Broadway at The Playwrights Realm at The Duke on 42nd St, following an engagement with New York Stage and Film, and development with Clubbed Thumb and The Great Plains Theater Conference. The Wolves won the American Playwriting Foundation’s inaugural Relentless Award and Marin Theater Company's Sky Cooper New American Play Prize; it was a finalist for the Susan Smith Blackburn Prize and the Yale Prize. She is currently a Page One Writer at The Playwrights Realm, a Resident Writer at LCT3, and a member of Ars Nova Play Group. She is an alumnae of Clubbed Thumb Early Career Writers Group, the New Georges Audrey Residency, SPACE on Ryder Farm, and Sitka Fellows Program. She teaches at NYU Tisch's Playwrights Horizons Theater School. MFA, Brooklyn College.

CRITIC'S PICK! "The scary, exhilarating brightness of raw adolescence emanates from every scene of this uncannily assured first play by Sarah DeLappe." - The New York Times

"DeLappe has created an ensemble of distinct female characters without leaning on romantic partners or traditional feminine tropes to define them." - Theatremania

"DeLappe's exquisitely orchestrated cross talk and overlapping banter, dense with profanity and jokes, is quite musical." - Time Out NY

"The Wolves is a delightful meditation on society, sex, and soccer...DeLappe's dialogue is hilarious and idiosyncratic, moving swiftly from gross-out humor to pain [...] She offers us ninety minutes in a smart, sympathetic, female world. It's a patch of Astroturf I would gladly set foot on again." - The Village Voice