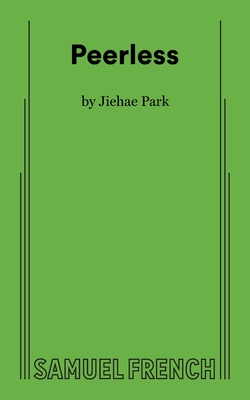 
Email or call for price
Asian-American twins M and L have given up everything to get into The College. So when D, a one-sixteenth Native American classmate, gets "their" spot instead, they figure they've got only one option: kill him. A darkly comedic take on Shakespeare's Macbeth about the very ambitious and the cut-throat world of high school during college admissions.
"Peerless is neither an over-the-top farce nor a moralistic downer. It's frothy fun, full of goofy dancing and awkward romantic fumbles in the classic John Hughes style. Yet Peerless is as scary as it is silly. It's about anger and cruelty and danger and life and death. It's also about coming-of-age and coming to grips with mortality." - Hartford Courant

"[...] a theatrical genre-bending piece [...] Peerless is concerned not only about the broader socio-academic-cultural issue but also the human toll." - The Berkshire Eagle

"With its staccato rhythms, short scenes, and farcical characters, unlike any you’ve ever seen before onstage, it’s hard to know how to characterize this play, except to say that it’s unexpectedly wonderful." - The Arts Fuse