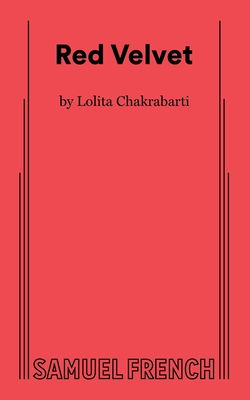 
Usually Ships in 1-5 Days
(This book cannot be returned.)
Red Velvet is about the nineteenth century black American actor Ira Aldridge. In a theatre dressing room in Poland, an elderly and sick Aldridge prepares to play King Lear. The intrusion of a young female journalist forces him to look back on the defining moment of his illustrious career. Thirty years previously, Edmund Kean, one of the greatest actors of his generation, collapses on the Theatre Royal stage in London, and Pierre Laporte, theatre manager and friend, asks Aldridge to replace him as Othello. At the same time Parliament is preparing to vote in favour of abolishing slavery in all British colonies. Opinions are fiercely divided. Aldridge performs successfully at the Theatre Royal but the reactions of the cast and critics are complex and divisive. He is not allowed to fulfil his engagement and the betrayal of a dear friend changes the course of his life. Red Velvet examines the world of the theatre, where comedy and tragedy are synonymous. The play discusses friendship, betrayal, the art of acting and prejudice.

"Shock waves rarely travel across centuries. But at St. Ann’s Warehouse in Brooklyn, where Lolita Chakrabarti’s 'Red Velvet' opened on Monday night, you can experience firsthand what it must have felt like to be part of one seriously rattled London theater audience in 1833." - New York Times

"Red Velvet is the play to see. A superb ensemble directed by Indhu Rubasingham from Lolita Chakrabarti’s excellent script. The audience was clearly awestruck." - The Huffington Post

"A terrific tantalizing zest in the writing and a great sense of humour." - The Sunday Times

"It’s a cracker of a play: gripping, intelligent and passionate." - Financial Times

"Chakrabarti tells her story with wit and clarity." - The Daily Telegraph