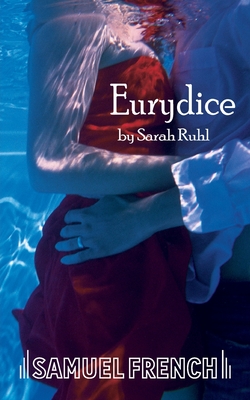 
Usually Ships in 1-5 Days
(This book cannot be returned.)
Dramatic Comedy / 5m, 2f / Unit Set In Eurydice, Sarah Ruhl reimagines the classic myth of Orpheus through the eyes of its heroine. Dying too young on her wedding day, Eurydice must journey to the underworld, where she reunites with her father and struggles to remember her lost love. With contemporary characters, ingenious plot twists, and breathtaking visual effects, the play is a fresh look at a timeless love story. "RHAPSODICALLY BEAUTIFUL. A weird and wonderful new play - an inexpressibly.

"RHAPSODICALLY BEAUTIFUL. A weird and wonderful new play - an inexpressibly moving theatrical fable about love, loss and the pleasures and pains of memory." The New York Times

"EXHILARATING!! A luminous retelling of the Orpheus myth, lush and limpid as a dream where both author and audience swim in the magical, sometimes menacing, and always thrilling flow of the unconscious." The New Yorker

"Touching, inventive, invigoratingly compact and luminously liquid in its rhythms and design, "Eurydice" reframes the ancient myth of ill-fated love to focus not on the bereaved musician but on his dead bride -- and on her struggle with love beyond the grave as both wife and daughter." The San Francisco Chronicle