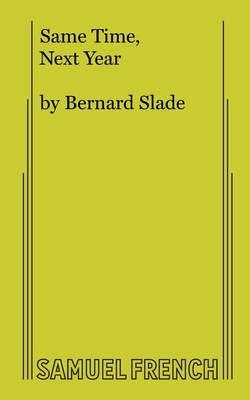 One of the most popular romantic comedies of the century, Same Time, Next Year ran four years on Broadway, winning a Tony Award for lead actress Ellen Burstyn, who later recreated her role in the successful motion picture. It remains one of the world's most widely produced plays. The plot follows a love affair between two people, Doris and George, married to others, who rendezvous once a year. Twenty-f.