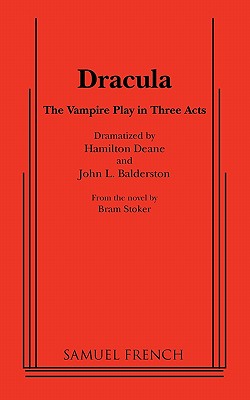 
Usually Ships in 1-5 Days
(This book cannot be returned.)
Drama

An enormously successful revival of this classic opened on Broadway in 1977 fifty years after the original production. This is one of the great mystery thrillers and is generally considered among the best of its kind. Lucy Seward, whose father is the doctor in charge of an English sanitorium, has been attacked by some mysterious illness. Dr. Van Helsing,