There's A Monster in Your Book (Who's In Your Book?) (Board book) 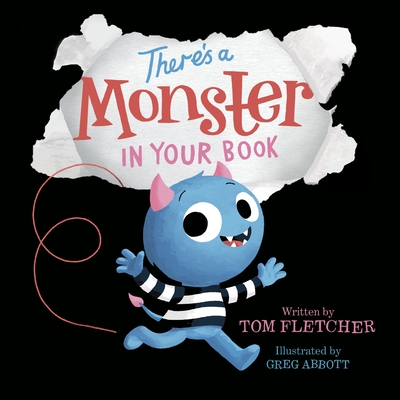 There's A Monster in Your Book (Who's In Your Book?) (Board book)


Usually Ships in 1-5 Days
UH OH! There's a MONSTER in YOUR book! Shake, wiggle, and tickle the monster out in this interactive bedtime read-aloud that launched the Who's In Your Book series!

With the irresistible pull of Hervé Tullet’s Press Here and the charm of The Monster at the End of This Book, this inviting and interactive read-aloud will have kids tilting, spinning, and shaking the book to get the adorable little monster out! That’s right! He’s out of the book . . . and in their room somewhere. OH-NO!!

Bestselling author and musician Tom Fletcher and illustrator Greg Abbott have created a monster that readers will fall in love with—and want to play with—again and again! It will get your own little monster tuckered out and snuggled in!

Don't miss a single story in the Who's In Your Book series!

"Playful, engaging, and full of opportunities for empathy—a raucous storytime hit." —Kirkus Reviews
TOM FLETCHER is one of the UK's bestselling authors for children. The Christmasaurus was the biggest debut middle-grade novel of 2016, and The Creakers was a number one bestseller. Tom is also the bestselling author of picture books There's a Monster in Your Book, There's an Elf in Your Book, and There's a Dragon in Your Book, which received a Children's Choice Honor. The Dinosaur That Pooped picture books, written with his bandmate Dougie Poynter, have sold over a million copies. With his wife, Giovanna Fletcher, Tom is the author of Eve of Man, the first in a YA trilogy. Tom's books have been translated into thirty-two languages and counting. He is also a songwriting, guitar-playing, Guinness World Record-holding, diaper-changing, galaxy-defending dad!

GREG ABBOTT is an illustrator and graphic designer based in West Sussex, England. In addition to children's books, he has created apparel, prints, toys, greeting cards, and other merchandise.