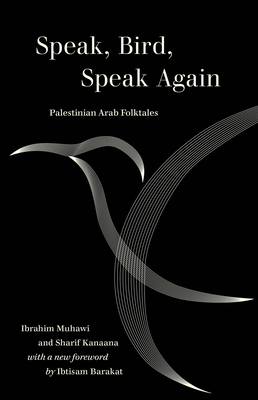 
Usually Ships in 1-5 Days
By combining their expertise in English literature and anthropology, Ibrahim Muhawi and Sharif Kanaana bring to these folktales an integral method of study that unites a sensitivity to language with a deep appreciation for culture.

As native Palestinians, the authors are well suited to their task. Over the course of several years, they collected tales from the regions of the Galilee, Gaza, and the West Bank, determining which were the most widely known and appreciated and selecting the ones that best represent the Palestinian Arab folk narrative tradition. Great care has been taken with the translations to maintain the original flavor, humor, and cultural nuances in tales that are at once earthy and whimsical and that also parallel stories found in the larger Arab folk tradition. Featuring a new foreword by Ibtisam Barakat, Speak, Bird, Speak Again is an essential text in Palestinian culture and a must for those who want to deepen their understanding of an enduring people.
Ibrahim Muhawi is Courtesy Professor of Comparative Literature at the University of Oregon. He has taught in North America, Middle East, North Africa, and Europe and is a recipient of the PEN Translation Prize.

Sharif Kanaana has taught at the University of Wisconsin, Oshkosh; An-Najah University in Nablus, Palestine; and Birzeit University in Birzeit, Palestine, where he was a professor in the Department of Social and Behavioral Science until his retirement. He has published over forty books and over eighty research articles in English and Arabic on topics including social change, culture and identity, political humor, modern Palestinian history, and Palestinian folklore. Kanaana is currently involved in producing an encyclopedia of Palestinian folktales in five volumes.

Ibtisam Barakat is an internationally renowned Palestinian American poet, artist, and educator. She is the author of six books in both English and Arabic including Tasting the Sky: A Palestinian Childhood and Balcony on the Moon: Coming of Age in Palestine.