Under the Iron Heel: The Wobblies and the Capitalist War on Radical Workers (Hardcover) 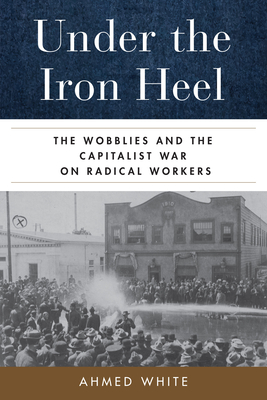 Under the Iron Heel: The Wobblies and the Capitalist War on Radical Workers (Hardcover)


Usually Ships in 1-5 Days
A dramatic, deeply researched account of how legal repression and vigilantism brought down the Wobblies—and how the destruction of their union haunts us to this day.

In 1917, the Industrial Workers of the World was rapidly gaining strength and members. Within a decade, this radical union was effectively destroyed, the victim of the most remarkable campaign of legal repression and vigilantism in American history. Under the Iron Heel is the first comprehensive account of this campaign.

Founded in 1905, the IWW offered to the millions of workers aggrieved by industrial capitalism the promise of a better world. But its growth, coinciding with World War I and the Russian Revolution and driven by uncompromising militancy, was seen by powerful capitalists and government officials as an existential threat that had to be eliminated. In Under the Iron Heel, Ahmed White documents the torrent of legal persecution and extralegal, sometimes lethal violence that shattered the IWW. In so doing, he reveals the remarkable courage of those who faced this campaign, lays bare the origins of the profoundly unequal and conflicted nation we know today, and uncovers disturbing truths about the law, political repression, and the limits of free speech and association in class society.
Ahmed White teaches labor and criminal law at the University of Colorado Boulder and is author of The Last Great Strike: Little Steel, the CIO, and the Struggle for Labor Rights in New Deal America.
"A comprehensive account of the campaign waged by the American state to destroy the Industrial Workers of the World (IWW, or ‘Wobblies’) in the decade surrounding the First World War. . . . Harrowing reading."
— World Socialist Website