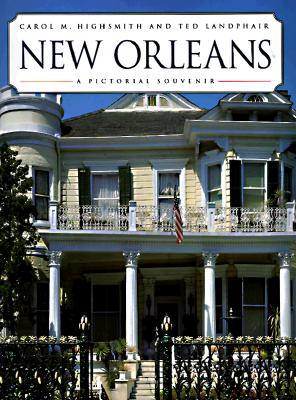 New Orleans—the Crescent City—is Latin mañana, French joie de vivre, African-American effervescence, Italian zest, and Uptown Creole pomp, all stirred with a dash of southern indolence into a savory cultural gumbo both fascinating and unique. The historic sights and rhythmic sounds, tantalizing tastes and exotic aromas of old New Orleans linger with visitors long after they have left the languid Queen City of the South.
A city of lively and varied charms, New Orleans offers a wealth of pleasures for the senses. This book is a marvelous tour of all of the city's most famous sights and sounds. You will visit the historic French Quarter, with its ornate wrought-iron balconies and elegant bistros and its frightening Historic Voodoo Museum. You will party in the madness of Mardi Gras, with its colorful floats and zany carnival krewes, dance to the boisterous sounds of Bourbon Street jazz, and taste the delectable feasts of Commander's Palace, one of the city's premier restaurants. Also on the itinerary is the city's best-known landmark, the 1794 Saint Louis Cathedral, America's oldest cathedral, as well as the campuses of respected Tulane and Loyola universities. New Orleans: A Pictorial Souvenir is a dazzling portrait that memorably captures the city's fabled style and verve.
New Orleans: A Pictorial Souvenir, filled with vivid and memorable photos, is the perfect memento for anyone who has ever visited the city, and a superb gift for anyone who wishes to savor the Big Easy's special tang and allure.