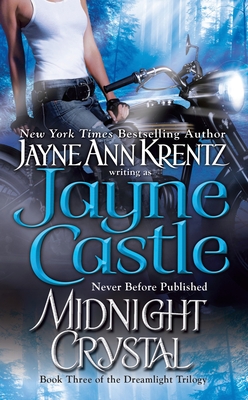 This is book number 8 in the A Harmony Novel series.

It began with Krentz...continued with Quick...and now it will end with Castle.

Book Three of the Dreamlight trilogy.

For many earthly centuries, a legendary curse has plagued the Winters family, stemming from the tumultuous founding of the Arcane Society. But now, on the futuristic world of Harmony, the curse's final mystery will be unraveled...

Head of the ghost hunters guild Adam Winters and dreamlight reader extraordinaire Marlowe Jones must break the curse, save Harmony's entire underworld-and fight a passion that could destroy them both.