Memento Mori: The Dead Among Us (Paperback) 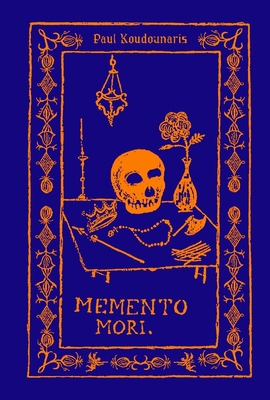 Memento Mori: The Dead Among Us (Paperback)

The astonishing story of how the dead live on via memorials across the globe, from Ethiopia and Nepal to Cambodia and Rwanda, told through arresting images and captivating narration.

A macabre, spectacular, and thought-provoking survey of death in life, this book collects the many ways human remains are used in decorative, commemorative, and devotional contexts around the world today.

This compact edition of Memento Mori takes the reader on a ghoulish but beautiful tour of some of the world’s more unusual sacred sites and traditions, in which human remains are displayed for the benefit of the living. From burial caves in Indonesia festooned with bones to skulls smoking cigarettes, wearing beanie hats and sunglasses, and decorated with garlands of flowers in South America, author Paul Koudounaris ventures beyond the grave to find messages of hope and salvation. His glorious color photographs and insightful commentaries reveal that in many places, the realms of the living and the dead are nowhere near so distinct as contemporary Western society would have us believe.

Paul Koudounaris received his doctorate from the art history department at UCLA. His previous books include The Empire of Death and Heavenly Bodies. He lives in Los Angeles.

Memento Mori is led by the visuals: spellbinding images of decorated skulls, elaborate burials, and other death-related customs from around the world.

Skull after painted or bejeweled skull
relays a story that’s as much about life as
it is about death. . . . There’s something
intangible here—how ‘memento mori,’
literally meaning ‘remember that you will
die,’ isn’t always a looming threat, and
tangible human remains can evoke love
and respect for life
— Hyperallergic