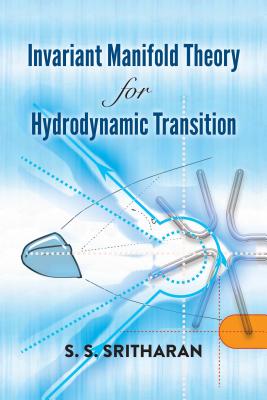 Out of Print
(This book cannot be returned.)
Invariant manifold theory serves as a link between dynamical systems theory and turbulence phenomena. This volume consists of research notes by author S. S. Sritharan that develop a theory for the Navier-Stokes equations in bounded and certain unbounded geometries. The main results include spectral theorems and analyticity theorems for semigroups and invariant manifolds.
"This monograph contains a lot of useful information, including much that cannot be found in the standard texts on the Navier-Stokes equations," observed MathSciNet, adding "the book is well worth the reader's attention." The treatment is suitable for researchers and graduate students in the areas of chaos and turbulence theory, hydrodynamic stability, dynamical systems, partial differential equations, and control theory. Topics include the governing equations and the functional framework, the linearized operator and its spectral properties, the monodromy operator and its properties, the nonlinear hydrodynamic semigroup, invariant cone theorem, and invariant manifold theorem. Two helpful appendixes conclude the text.
Sivaguru S. Sritharan is Provost and Academic Dean at the Air Force Institute of Technology, located at Ohio's Wright-Patterson Air Force Base. He also serves as the Air Force Institute of Technology's Chief Operating Officer and Chief Academic Officer. He received his Ph.D. in Applied Mathematics from the University of Arizona and was the editor of Optimal Control of Viscous Flow .