The Ancient City: A Study of the Religion, Laws, and Institutions of Greece and Rome (Dover Books on History) (Paperback) 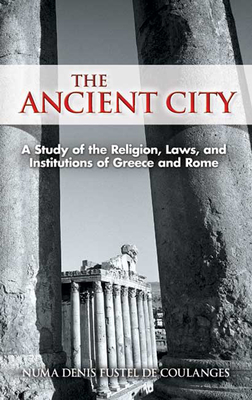 The Ancient City: A Study of the Religion, Laws, and Institutions of Greece and Rome (Dover Books on History) (Paperback)


Email or call for price
With this influential study, French historian Numa Denis Fustel de Coulanges initiated a new approach to Greek and Roman city organization. Fustel de Coulanges' 1864 masterpiece, La Cit antique, drew upon physical evidence as well as ancient documents rather than the usual post-Classical histories. The result is a fresh, accurate, and detailed portrait of the religious, family, and civic life of Periclean Athens and Rome during the time of Cicero.
This fascinating sociological account reveals the significance of kinship and the cult of the family hearth and ancestors to ancient Hellenic and Latin urban culture. It chronicles the rise of family-centered pagan belief systems, tracing their gradual decline to the spread of Christianity. Fustel cites ancient Indian and Hebrew texts as well as Greek and Roman sources. The ingenuity of his interpretations, along with his striking prose style, offer readers a vital and enduring historic survey.