Frederick Douglass on Slavery and the Civil War: Selections from His Writings (Paperback) 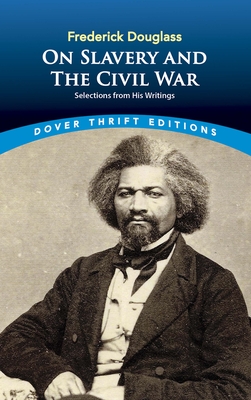 Frederick Douglass on Slavery and the Civil War: Selections from His Writings (Paperback)

A former slave, self-taught writer, editor, and public servant, Frederick Douglass was also among the foremost leaders of the abolitionist movement. Recognized as one of the first great African-American speakers in the United States, Douglass was an advisor to President Lincoln during the Civil War and fought for the adoption of constitutional amendments that guaranteed voting rights and other civil liberties for blacks.
This book includes representative selections from the speeches and writings of this great statesman, with topics focusing on the slave trade, the Civil War, suffrage for African-Americans, reconstruction in the South, and other vital issues.
A powerful voice for human rights throughout much of the 19th century, Douglass remains highly respected today for his fight against racial injustice.