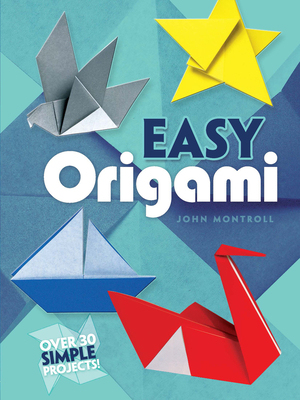 
Email or call for price
Here is a collection of 32 simple projects for novice origami hobbyists -- clearly illustrated and with easy-to-follow instructions that even beginning papercrafters can follow with success. Subjects range from an ultra-simple hat, cup, and pinwheel to the more challenging (but still unintimidating) penguin, pelican, and piano.
Also included are the figures of a swan, lantern, cicada, pigeon, fox, rabbit, and other popular origami subjects. With the successful completion of these projects, origami hobbyists will be well on their way to mastering a fascinating art that's as old as the invention of paper itself.