The Rime of the Ancient Mariner (Dover Fine Art) (Paperback) 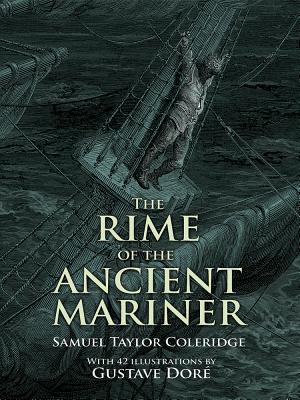 The Rime of the Ancient Mariner (Dover Fine Art) (Paperback)


Usually Ships in 1-5 Days
(This book cannot be returned.)
Gustave Dore's magnificent engravings for The Rime of the Ancient Mariner are among the later works of the great French illustrator. The intensely evocative poem provided Dor with the long-awaited opportunity to convey limitless space on a gigantic scale, and he exploited the poem's fantastic range of atmosphere to the limits of its possibilities. The terrifying space of the open sea, the storms and whirlpools of an unknown ocean, the vast icy caverns of Antarctica, the hot equatorial sea swarming with monsters, all of the amazing visual elements that make Coleridge's masterpiece one of the most exciting and most memorable poems in the English language are unforgettably engraved in Dor 's plates.
This edition reproduces all of the plates to perfection, in their original size. The illustrations and the text of the poem appear on facing pages, so that the imaginative kinship of Dor and Coleridge is delightfully evident on every page: the illustrations capture all the moods of the poem in their full intensity, bringing the images evoked by the words into clear visual focus.
Unabridged and slightly rearranged republication of the 1878 American edition. Text slightly amended to conform to the authoritative 1834 edition of the poem.