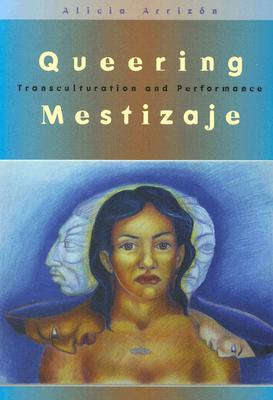 Queering Mestizaje employs theories of postcolonial cultural studies (including performance studies, queer and feminist theory) to examine the notion of mestizaje---the mixing of races, and specifically indigenous peoples, with European colonizers---and how this phenomenon manifests itself in three geographically diverse spaces: the United States, Latin America, and the Philippines. Alicia Arrizón argues that, as an imaginary site for racialized, gendered, and sexualized identities, mestizaje raises questions about historical transformation and cultural memory across Spanish postcolonial sites.

Arrizón offers new, queer readings of the hybrid, the intercultural body, and the hyphenated self, building on the work of Gloria Anzaldúa, Antonio Benitez-Rojo, Walter Mignolo, and Vera Kutzinski, while challenging accepted discourses about the relationship between colonizer and colonized. Queering Mestizaje is unique in the connections it makes between the Spanish colonial legacy in the Philippines and in the Americas. An engagingly eclectic array of cultural materials---including examples from performance art, colonial literature, visual art, fashion, and consumer products---are discussed, and included in the book's twenty-nine illustrations.

"Arrizón takes as her point of departure the connections and distinctions between the four keywords in the title (each with a long, specific, and convoluted history in its own right) while bringing together the Philippines, the Hispanophone Caribbean, and the United States to configure a map carved by the same blade of colonialism and imperialism. In its conjoining of queer, mestizaje, transculturation and performance, the pleasurable and enlightening variety of its textual examples, and its commitment to theorize desire from the space of queer mestizaje, her book makes a unique and accomplished contribution."
---Yvonne Yarbro-Bejarano, Stanford University

Alicia Arrizón is Professor of Women's Studies at the University of California, Riverside. She is author of Latina Performance: Traversing the Stage and co-editor of Latinas on Stage: Practice and Theory.