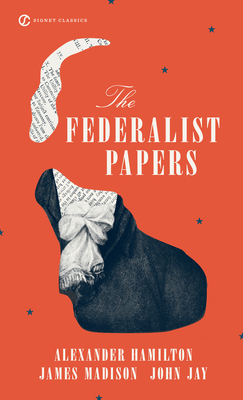 An authoritative analysis of the Constitution of the United States and an enduring classic of political philosophy.

Written by Alexander Hamilton, James Madison, and John Jay, The Federalist Papers explain the complexities of a constitutional government—its political structure and principles based on the inherent rights of man. Scholars have long regarded this work as a milestone in political science and a classic of American political theory.

Based on the original McLean edition of 1788 and edited by noted historian Clinton Rossiter, this special edition includes:

● Textual notes and a select bibliography by Charles R. Kesler
● Table of contents with a brief précis of each essay
● Appendix with a copy of the Constitution cross-referenced to The Federalist Papers
● Index of Ideas that lists the major political concepts discussed
● Copies of The Declaration of Independence and Articles of Confederation
Alexander Hamilton (1757-1804) was born in the West Indies and served during the War of Independence as a captain. His military brilliance was recognized, and he was sent on several important military commissions. He was George Washington’s secretary and aide-de-camp and in 1787 become a Member of the Constitutional Convention. From 1789 to 1795 he was the first Secretary of the Treasury, and in 1801 he held the casting vote against Burr and for Jefferson. He fought a duel with Burr and died the next day.

James Madison (1751-1836) was the fourth President of the United States and become known as the ‘father’ of the Constitution because of his influence in planning it and drawing up the Bill of Rights. He was Secretary of State under Jefferson, and his main achievement in this role was the purchase of Louisiana from the French. He lived in Montpelier, Virginia, for eighty-five years, two of which he spent on the governor’s council. He was elected President in 1809 and again in 1812. During his terms in office he worked to abolish slavery, to disestablish the Church and to seek peace, although under his command the war against Britain resulted in a U.S. triumph.

John Jay (1745-1829) served the new nation in both law and diplomacy and established important judicial precedents as first Chief Justice of the Supreme Court. A New York attorney from 1768, he won a wide reputation with The Address to the People of Great Britain, which stated the claims of the colonists. He did not sign the Declaration of Independence in 1776 but helped to ensure its approval in New York. In 1789 he was appointed the first U.S. Chief Justice and shaped the Supreme Court procedures. The Jay Treaty of 1794 with Great Britain made him unpopular, and his hopes of succeeding Washington as President faded. After a spell as Governor of New York he retired to a farm, where he spent twenty-seven uneventful years.