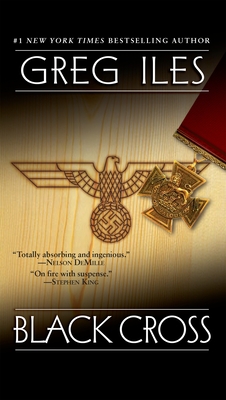 
Usually Ships in 1-5 Days
From the #1 New York Times bestselling author of the Penn Cage series comes a gripping World War II thriller that “vaporizes almost every cliché about the limits of the genre...[it’s] good enough to read twice”(Kirkus Reviews).

It is January 1944—and as Allied troops prepare for D-Day, Nazi scientists develop a toxic nerve gas that will repel and wipe out any invasion force. To salvage the planned assault, two vastly different but equally determined men are sent to infiltrate the secret concentration camp where the poison gas is being perfected on human subjects. Their only objective: destroy all traces of the gas and the men who created it—no matter how many lives may be lost...including their own.
Greg Iles is the #1 New York Times bestselling author of the Penn Cage series. His novels have been made into films, translated into more than twenty languages, and published in more than thirty-five countries worldwide.
“A thriller that really thrills…on fire with suspense!”—Stephen King

“Totally absorbing…A well-written, fast-paced, ‘what-if’ novel…that will be treasured and admired by and for generations.”—Nelson DeMille

“Like a Swiss watch wired to a bundle of dynamite; impeccable craftsmanship tick-tocking inexorably to an explosive climax. A wonderful mingling of technology, suspense, and character, and a fine exploration of the true nature of patriotism.”—Diana Gabaldon

“This book will keep your heart thumping.”—St. Louis Post Dispatch

“Henceforth, any recommended reading list of thrillers will have to include this...Action-packed yet thoughtful, unusually resonant and gripping, swift and moving.”—Publishers Weekly