What Are the Summer Olympics? (What Was?) (Paperback) 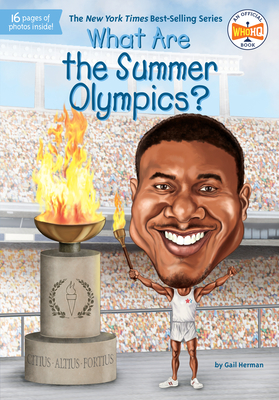 What Are the Summer Olympics? (What Was?) (Paperback)


Usually Ships in 1-5 Days
Back in 775 BC, athletes from all over Ancient Greece came together to compete in various games. The contests were held every four years and winning athletes brought honor and respect to their homelands.

The tradition of the Olympic Games faded over time until 1896, when they were brought back to life. The first modern Olympics were held in Athens, Greece, with over two hundred athletes from fourteen countries. Today, nearly three thousand years after the first Games, the Summer Olympics attract one hundred thousand top athletes from over two hundred countries. Billions of fans around the world cheer on their national teams to bring back the gold.
Gail Herman has written several biographies, including Who Was Jackie Robinson? and What Is the World Series?