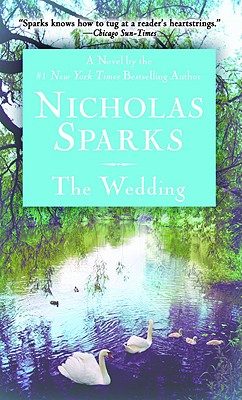 
Email or call for price
In this stunning New York Times bestselling follow-up to The Notebook, a hardworking but distant husband vows to win back the love of his life by looking to Noah and Allie's legendary romance.After thirty years, Wilson Lewis is forced to face a painful truth: the romance has gone out of his marriage. His wife, Jane, has fallen out of love with him, and it is entirely his fault. Despite the shining example of his in-laws, Noah and Allie Calhoun, and their fifty-year love affair, Wilson himself is a man unable to express his true feelings. He has spent too little time at home and too much at the office, leaving the responsibility of raising their children to Jane. Now his daughter is about to marry, and his wife is thinking about leaving him. But if Wilson is sure of anything, it is this: His love for Jane has only grown over the years, and he will do everything he can to save their marriage. With the memories of Noah and Allie's inspiring life together as his guide, he vows to find a way to make his wife fall in love with him...all over again.

In this powerfully moving tale of love lost, rediscovered, and renewed, Nicholas Sparks once again brings readers his unique insight into the only emotion that ultimately really matters.

With over 100 million copies of his books sold, Nicholas Sparks is one of the world's most beloved storytellers. His novels include sixteen #1 New York Times bestsellers, and all of his books, including Three Weeks with My Brother, the memoir he wrote with his brother, Micah, have been New York Times and international bestsellers, and were translated into more than fifty languages. Eleven of Nicholas Sparks's novels -- The Choice, The Longest Ride, The Best of Me, Safe Haven, The Lucky One, The Last Song, Dear John, Nights in Rodanthe, The Notebook, A Walk to Remember, and Message in a Bottle -- have been adapted into major motion pictures.

"Sparks's fans have from the very beginning eagerly anticipated a sequel to the romantic tale of Allie and Noah Calhoun. The wait is now over...Sparks tells his sweet story...[with] a gasp-inducing twist at the very end."—PublishersWeekly

"Nicholas Sparks follows up his beloved bestseller The Notebook with a touching novel about one man's attempt to save a failing marriage."—BookPage

"Sweet but packs a punch...There is a twist that pulls everything together."
—CharlotteObserver