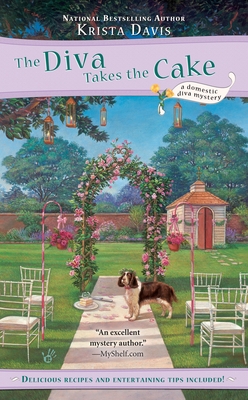 This is book number 2 in the A Domestic Diva Mystery series.

When the groom's ex is found dead before the "I Do"s, Sophie Winston vows to catch the killer before her sister's wedding ends in disaster in the second Domestic Diva mystery.

Sophie Winston's sister, Hannah, is getting married—again! And if you ask Sophie, her future brother-in-law is no prince. But is he a killer? That's the question on everyone's mind when his ex-wife is found hanging from a pergola. This is one event Sophie and her sister hadn't planned on.

As hidden family secrets begin to come to light, Sophie finds the list of suspects is almost as long as the list of wedding guests. Will the real killer be seated on the groom's side or the bride's? Or will he be standing at the altar? Either way, Sophie must solve the murder in time to stop her sister from making the biggest—and possibly the last—mistake of her life.