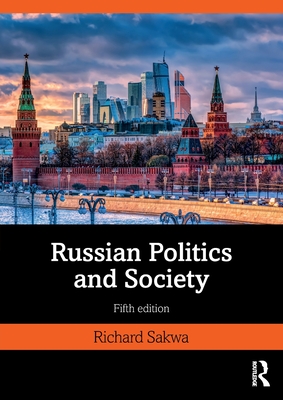 Fully revised and updated to reflect the considerable changes in Russia over the last decade, the fifth edition of this classic text builds on the strengths of previous editions to provide a comprehensive and sophisticated analysis of Russian politics and society.

The new edition incorporates the latest debates about Russian politics, analysing recent institutional and political developments, and examines the electoral cycle and prospects of the president elected at the end of the process.

New to this edition:

Written in an accessible and lively style, this book is packed with detailed information on the central debates and issues in Russia's difficult transformation. An unrivalled textbook on the subject it is essential reading for all those concerned with the fate of Russia, and with the future of international society.

Richard Sakwa is Professor of Russian and European Politics at the University of Kent, UK.