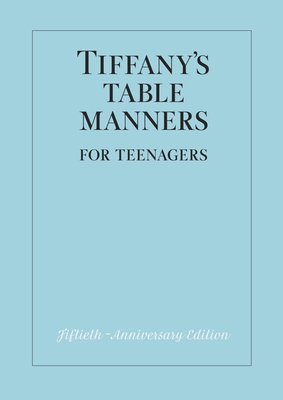 
Usually Ships in 1-5 Days
Here is the perfect little book for anyone—teenage or otherwise—who has ever wanted to master the art of good table manners. Written by Walter Hoving, former chairman of Tiffany's of New York, it is a step-by-step introduction to all the basics, from the moment the meal begins ("It is customary for the young man to help the young lady on his right to be seated") to the time it ends ("Remember that a dinner party is not a funeral, nor has your hostess invited you because she thinks you are in dire need of food. You're there to be entertaining"). In addition to the essentials about silverware, service, and sociability, it includes many of the fine points, too—the correct way to hold a fish fork, how to eat an artichoke properly, and, best of all, how to be a gracious dining companion.

Concise, witty, and illustrated with humor and style by Joe Eula, this classic guide to good table manners has delighted readers of all ages for more than 50 years.
WALTER HOVING was a distinguished leader of America's business community throughout the 20th century, most notably as the chairman of the board of Tiffany & Co. He helped to found many charities and educational funds, including the Salvation Army Association and the United Negro College Fund. He also initiated a number of design award programs, including the Tiffany Design Award. In addition to Tiffany's Table Manners for Teenagers, he wrote Your Career in Business and The Distribution Revolution. He died in 1989.

JOE EULA was a prominent fashion illustrator whose work appeared in many publications, including Vogue and Harper's Bazaar. He also created album covers and concert posters, and designed costumes for New York City Ballet. He died in 2004.