Mauve: How One Man Invented a Color That Changed the World (Paperback) 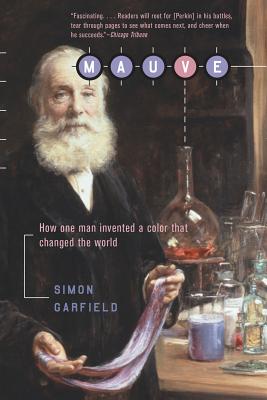 Mauve: How One Man Invented a Color That Changed the World (Paperback)

In 1856 eighteen-year-old English chemist William Perkin accidentally discovered a way to mass-produce color. In a "witty, erudite, and entertaining" (Esquire) style, Simon Garfield explains how the experimental mishap that produced an odd shade of purple revolutionized fashion, as well as industrial applications of chemistry research. Occasionally honored in certain colleges and chemistry clubs, Perkin until now has been a forgotten man.

"By bringing Perkin into the open and documenting his life and work, Garfield has done a service to history."—Chicago Tribune "[A]n inviting cocktail of Perkin biography, account of the dye industry and where it led, and social and cultural history up to the present."—American Scientist "Garfield leaps gracefully back and forth in time, as comfortable in the Victorian past as he is in the brave new world of petrochemicals and biochemistry."—Kirkus Reviews starred review. "[T]he delight of this book is seeing parallels to present-day trends."—"New York Times Book Review

Simon Garfield is the author of several acclaimed books, including The End of the Innocence: Britain in the Time of AIDS, which won the Somerset Maugham Award.