The Tale of the Campaign of Igor: A Russian Epic Poem of the Twelfth Century (Paperback) 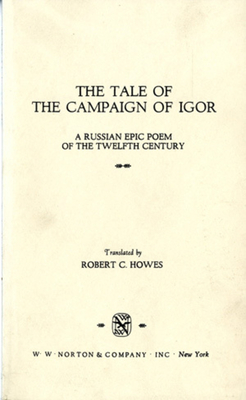 The Tale of the Campaign of Igor: A Russian Epic Poem of the Twelfth Century (Paperback)

By Robert C. Howes (Translated by)

In the spring of 1185, Prince Igor Sviatoslavich, with his brother, nephew, and son, set forth from Novgorod at the head of a Russian army to fight the tribes of Polovetsian barbarians that were ravaging border towns near the Black Sea.

Igor led his men into battle with the tribes of Polovetsian barbarians, disregarding the bad omen of a solar eclipse, he led his men to victory in their first battle but was overconfident and pushed his advantage too far. The Polovetsians surrounded and wiped out his army, and took him captive.