The Curse of Chalion (Mass Market) 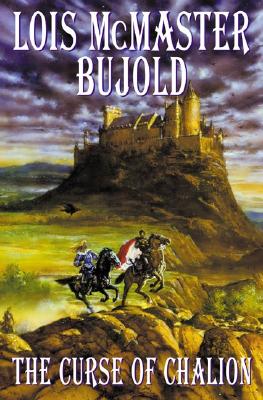 By Lois McMaster Bujold
$7.99
Email or call for price

A man broken in body and spirit, Cazaril has returned to the noble household he once served as page, and is named, to his great surprise, secretary-tutor to the beautiful, strong-willed sister of the impetuous boy who is next in line to rule. It is as assignment Cazaril dreads, for it must ultimately lead him to the place he most fears: the royal court of Cardegoss, where the powerful enemies who once placed him in chains now occupy lofty positions. but it is more than the traitorous intrigues of villains that threaten Cazaril and the Royesse Iselle here, for a sinister curse hangs like a sword over the entire blighted House of Chalion and all who stand in their circle. And only by employing the darkest, most forbidden of magics can Cazaril hope to protect his royal charge -- an act that will mark the loyal, damaged servant as a tool of the miraculous ... and trap him, flesh and soul, in a maze of demonic paradox, damnation, and death.