Tales from Ovid: 24 Passages from the Metamorphoses (Paperback) 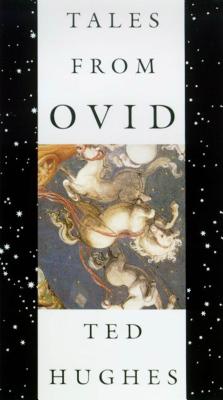 Tales from Ovid: 24 Passages from the Metamorphoses (Paperback)

A powerful version of the Latin classic by England's late Poet Laureate, now in paperback.When it was published in 1997, Tales from Ovid was immediately recognized as a classic in its own right, as the best rering of Ovid in generations, and as a major book in Ted Hughes's oeuvre. The Metamorphoses of Ovid stands with the works of Homer, Virgil, Dante, and Milton as a classic of world poetry; Hughes translated twenty-four of its stories with great power and directness. The result is the liveliest twentieth-century version of the classic, at once a delight for the Latinist and an appealing introduction to Ovid for the general reader.

TED HUGHES (1930-1998) published numerous volumes of poetry and prose for adults and children. He received the Guardian Award for Children's Fiction in 1985 and was appointed Poet Laureate of England in 1984.

“One of the few unquestionable successes in the revolutionary vein Pound opened at the start of the century.” —Donald Lyons, The Wall Street Journal