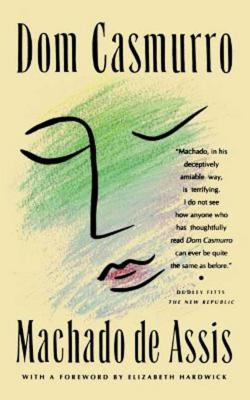 First published in 1900, Dom Casmurro, widely considered Machado de Assis's greatest novel and a classic of Brazilian literature, is a brilliant retelling of the classic adultery tale—a sad and darkly comic novel about love and the corrosive power of jealousy.

Bento Santiago, the wildly unreliable narrator of Dom Casmurro, believes that he has been cuckolded—he suspects that his wife has cheated on him with his best friend and that her child is not his. Has Capitú, his love since childhood, really been unfaithful to him? Or is the evidence of her betrayal merely the product of a paranoid mind?

"Deftly translated, Dom Casmurro is a book full of humor, sweetness and a tender melancholy--a book that deserves to be read." - Publishers Weekly

Machado de Assis (1839-1908) is considered one of Brazil's greatest novelists. He was born in Rio de Janeiro, and among his many novels are Philosopher or Dog? and Epitaph of a Small Winner.