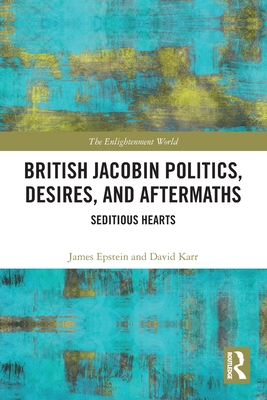 This book explores the hopes, desires, and imagined futures that characterized British radicalism in the 1790s, and the resurfacing of this sense of possibility in the following decades. The articulation of "Jacobin" sentiments reflected the emotional investments of men and women inspired by the French Revolution and committed to political transformation. The authors emphasize the performative aspects of political culture, and the spaces in which mobilization and expression occurred - including the club room, tavern, coffeehouse, street, outdoor meeting, theater, chapel, courtroom, prison, and convict ship. America, imagined as a site of republican citizenship, and New South Wales, experienced as a space of political exile, widened the scope of radical dreaming. Part 1 focuses on the political culture forged under the shifting influence of the French Revolution. Part 2 explores the afterlives of British Jacobinism in the year 1817, in early Chartist memorialization of the Scottish "martyrs" of 1794, and in the writings of E. P. Thompson. The relationship between popular radicals and the Romantics is a theme pursued in several chapters; a dialogue is sustained across the disciplinary boundaries of British history and literary studies. The volume captures the revolutionary decade's effervescent yearning, and its unruly persistence in later years.