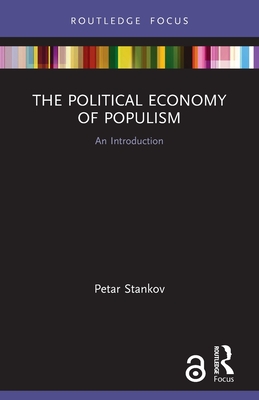 The Political Economy of Populism explores the interplay between identity, the economy and inequality to explain the dynamics of populist votes since the beginning of the 20th century.

The book discusses the political and economic implications of populist governance using data on populist incumbencies and linking it to historical data on the macro economy and democracy. Chapters draw from the most recent political science, economics and other social science literature, as well as historical data, to explain the long-term causes and consequences of populism. Populism emerges and gains traction when political entrepreneurs exploit underlying identity conflicts for political gains. As the distributional consequences of both economic distress and economic growth typically favor the elite over the poor and the lower middle class, economic shocks usually sharpen the underlying identity conflicts between the groups. The book provides evidence of significant differences in the ways fiscal and monetary policies are conducted by incumbent populists in Latin America, Europe and the OECD. The work concludes by suggesting avenues through which a 21st century social consensus can be built, so that our society can avoid repeating the mistakes that led to wars and failed economic experiments in the 20th century.

The Political Economy of Populism marks a significant contribution to the study of populism and is suited to students and scholars across the social sciences, including economics, political science and sociology.

Petar Stankov is a teaching fellow in the Department of Economics at Royal Holloway, University of London, UK, and a senior lecturer at the University of National and World Economy, Sofia, Bulgaria.