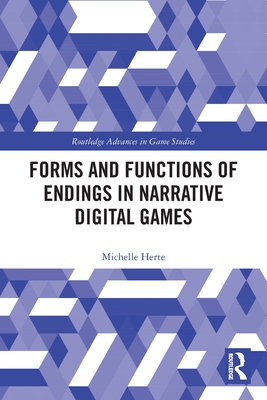 This book looks closely at the endings of narrative digital games, examining their ways of concluding the processes of both storytelling and play in order to gain insight into what endings are and how we identify them in different media.

While narrative digital games share many representational strategies for signalling their upcoming end with more traditional narrative media - such as novels or movies - they also show many forms of endings that often radically differ from our conventional understanding of conclusion and closure. From vast game worlds that remain open for play after a story's finale, to multiple endings that are often hailed as a means for players to create their own stories, to the potentially tragic endings of failure and game over, digital games question the traditional singularity and finality of endings. Using a broad range of examples, this book delves deeply into these and other forms and their functions, both to reveal the closural specificities of the ludonarrative hybrid that digital games are, as well as to find the core elements that characterise endings in any medium. It examines how endings make themselves known to players and raises the question of how well-established closural conventions blend with play and a player's effort to achieve a goal.

As an interdisciplinary study that draws on game studies as much as on transmedial narratology, Forms and Functions of Endings in Narrative Digital Games is suited for scholars and students of digital games as well as for narratologists yet to become familiar with this medium.

Coming from a mixed background in software engineering and comparative literature studies, Michelle Herte graduated at the Institute of Media Culture and Theatre, University of Cologne, where she was a Research Associate. She is currently working in employee training for the Federal Statistical Office of Germany.