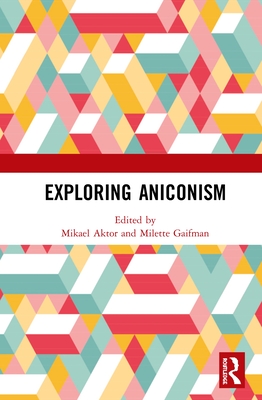 This book explores the phenomenon of aniconism--the denotation of the presence of gods, saints, or spiritual forces using non-figural visual markers that do not resemble these supranatural entities.

The contributors show how various types of aniconism differ in how they mediate divine presence and relate to other modes of representation. Aniconism is rarely absolute; each aniconic form needs to be considered within a spectrum of visual modes ranging from the abstract to the anthropomorphic. The chapters examine aniconism in paleolithic cultures; in ancient Egypt, Israel, and Greece; in early Christianity and Islam; in medieval and contemporary Hinduism; and in 17th-19th century Scottish-Gaelic contexts. The volume also provides a critical historiography of 'aniconism' as an academic concept, a new fine-tuned terminology, and some general characteristics of aniconic expressions in the context of the broader field of material religion.

Offering a multi-faceted discussion of this important category of religious material culture, this book will be of interest to those with an interest in aniconism, as well as those involved in the wider study of how religion intersects with art and anthropology.

This book was originally published as a special issue of the Religion journal.

Mikael Aktor is an Associate Professor in Studies of Religions at the University of Southern Denmark, Odense, Denmark. His publications include Object of Worship in South Asian Religions (with Knuth Jacobsen and Kristina Myrvold, 2015). His other research area is the study of ancient and medieval Hindu law.Milette Gaifman is an Associate Professor in Classics and History of Arts at Yale University, New Haven, USA. Her publications include Aniconism in Greek Antiquity (2012), The Art of Libation in Classical Athens (2018), and 'The Embodied Object in Classical Art', a special issue of Art History (co-edited with Verity Platt and Michael Squire, 2018).