At the Mountains of Madness: And Other Tales of Terror (Mass Market) 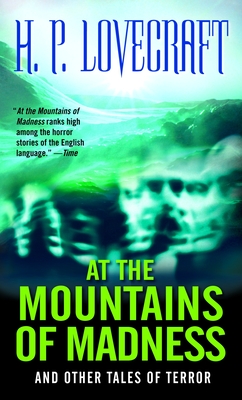 At the Mountains of Madness: And Other Tales of Terror (Mass Market)


Email or call for price
Few writers can evoke such nightmarish visions as H. P. Lovecraft—and few of his stories are as chilling as these canonical tales of terror.

“H. P. Lovecraft has yet to be surpassed as the twentieth century’s greatest practitioner of the classic horror tale.”—Stephen King

At the Mountains of Madness: Lovecraft’s indisputable masterpiece. In the barren, windswept Antarctic, an expedition uncovers strange fossils . . . and mind-blasting terror.

The Shunned House: Two men investigate the mystery of a sinister old house: the scene of unexplained deaths and weird apparitions.

The Dreams in the Witch-House: In the crooked bedroom of an ancient abode, a mathematician’s feverish studies lead him to a dark discovery.

These milestones of the macabre will compel you to read on, even as you attempt to flee the waking nightmares they inspire. At the Mountains of Madness and Other Tales of Terror is a master class in supernatural terror.
H. P. LOVECRAFT is one of the seminal horror authors of the twentieth century. He wrote more than one hundred stories, and achieved popular acclaim in such publications as Astounding Stories and Weird Tales. Though he died in 1937, the small press publisher Arkham House was established in 1939 to preserve Lovecraft’s works for future generations

“One of the greatest short novels in American literature, and a key text in my own understanding of what that literature can do.”
–MICHAEL CHABON

“Lovecraft’s fiction is one of the cornerstones of modern horror.”
–CLIVE BARKER