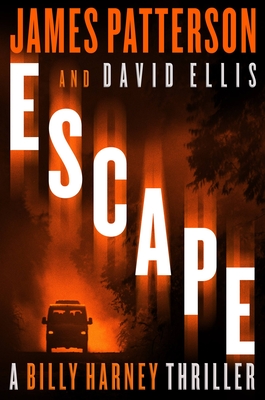 On Our Shelves Now

This is book number 3 in the A Billy Harney Thriller series.

#1 New York Times bestselling detective Billy Harney of The Black Book is chasing down a billionaire crime boss and a prison escape artist while a young girl's life hangs in the balance.

As Chicago PD’s special-ops leader, Detective Billy Harney knows well that money is not the only valuable currency. The filthy rich man he’s investigating is down to his last twenty million. He’s also being held in jail.

Billy’s unit is called in when an escape plan results in officers down and inmates vanished.

Hi, Billy
Are you having fun yet?
James Patterson is the world's bestselling author. The creator of Alex Cross, he has produced more enduring fictional heroes than any other novelist alive. He lives in Florida with his family.

David Ellis is a justice of the Illinois Appellate Court and the author of nine novels, including Line of Vision, for which he won an Edgar Award, and The Hidden Man, which earned him a 2009 Los Angeles Times Book Prize nomination.