The Time of Contempt (The Witcher #4) (Hardcover) 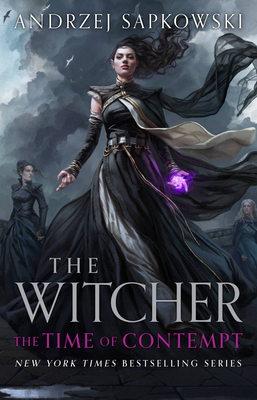 The Time of Contempt (The Witcher #4) (Hardcover)

This is book number 4 in the The Witcher series.

In hardcover for the first time comes the second novel in the Witcher saga by bestselling author Andrzej Sapkowski, in which Geralt of Rivia sends his ward Ciri to train with the sorceress Yennefer, even as trouble stirs within the Wizard's Guild.

Geralt is a Witcher: guardian of the innocent; protector of those in need; a defender, in dark times, against some of the most frightening creatures of myth and legend.

His task, now, is to protect Ciri. A child of prophecy, she will have the power to change the world for good or for ill—but only if she lives to use it.

Since its first publication in Poland almost three decades ago, The Witcher series has become a New York Times and international bestseller, has inspired a hit Netflix show and multiple blockbuster video games, and has transported millions of fans to an epic world of magic and adventure. Now you can enjoy the series for the first time in hardcover!