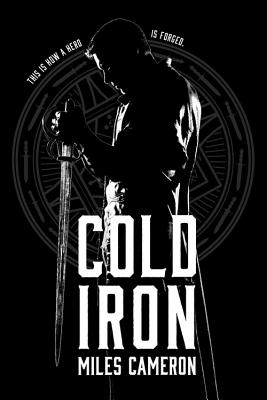 This is book number 1 in the Masters & Mages series.

A young mage-in-training takes up the sword and is unwittingly pulled into a violent political upheaval, in the first book of this epic fantasy trilogy by Miles Cameron, author of The Red Knight.

Aranthur is a promising young mage. But the world is not safe and after a confrontation leaves him no choice but to display his skill with a blade, Aranthur is instructed to train under a renowned Master of Swords.

During his intensive training he begins to question the bloody life he's chosen. And while studying under the Master, he finds himself thrown into the middle of a political revolt that will impact everyone he's come to know.

To protect his friends, Arnathur will be forced to decide if he can truly follow the Master of Swords into a life of violence and cold-hearted commitment to the blade.
Miles Cameron is a full-time writer who lives in Canada with his family. He also writes historical fiction under another name. The Traitor Son Cycle series is his fantasy debut.
"Utterly, utterly brilliant. A masterclass in how to write modern fantasy - world building, characters, plot and pacing, all perfectly blended. Miles Cameron is at the top of his game."—John Gwynne, author of The Faithful and the Fallen series

"Cold Iron is fantastic. It shimmers like a well-honed sword blade."—Anna Smith Spark, author of The Court of Broken Knives

"The Red Knight is an excellent debut... [It] will only get better as the series progresses... You will be won by the intricate story and sophisticated world building."—Fantasy Book Critic on The Red Knight