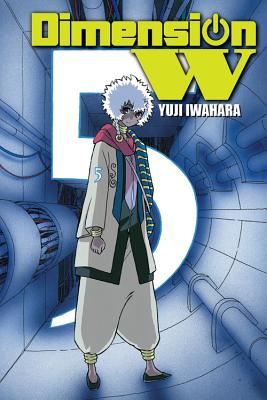 This is book number 5 in the Dimension W series.

Two African princes arrive in Japan, and Collector Kyouma Mabuchi is caught in the middle! The handsome and charismatic Prince Salva is after the late Dr. Yurizaki's "final legacy," but what exactly does that mean? Meanwhile, Kyouma encounters the effeminate and demure Prince Lwai, who's actually more than what he seems. And amid all this excitement, a new secret emerges about Mira herself. What is the fate of the Kyouma, Mira, and the coils in this international incident? The progressive sci-fi tale about humanity and energy reaches new heights! ­
Yuji Iwahara made his debut as a manga artist in 1994. His series Chikyu Misaki and King of Thorn have been published in English as well, and the latter was adapted into an award-winning animated film. Iwahara also designed the characters for the Darker Than Black anime (the manga of which is published by Yen Press) and is currently working on a new Darker Than Black manga series in Japan.