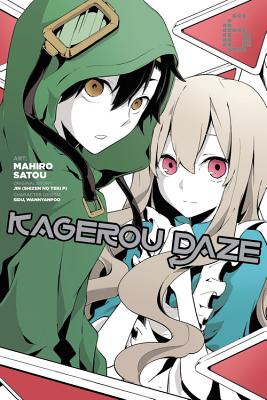 This is book number 6 in the Kagerou Daze Manga series.

Having fled from a terrible voice, Seto wanders the forest. There he encounters Marie, a descendent of Medusa. The two attempt to step out into the wider world, where the Mekakushi-dan awaits them, but nothing is ever easy. This is the story of a boy and a girl, their love, and their loneliness...The manga adaptation of creator JIN's smash-hit multimedia tale continues!
Mahiro Satou is the artist behind the manga adaptation of the series Kagerou Daze. JIN is best known as the author of the Kagerou Daze light novel series. Sidu is best known for illustrating the light novel series, Kagerou Daze.