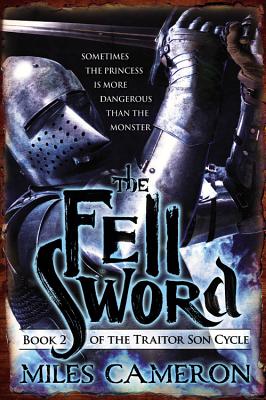 This is book number 2 in the The Traitor Son Cycle series.

When a mercenary and his company are charged with putting down a local rebellion, the consequences will be larger than they ever imagined in this action-packed sequel to The Red Knight.

Loyalty costs money. Betrayal, on the other hand, is free.

When the Emperor is taken hostage, the Red Knight and his men find their services in high demand -- and themselves surrounded by enemies. The country is in revolt, the capital city is besieged and any victory will be hard won. But the Red Knight has a plan.

The question is, can he negotiate the political, magical, real and romantic battlefields at the same time -- especially when he intends to be victorious on them all?

If you're a fan of Mark Lawrence, John Gwynne, or Brian McClellan you won't want to miss out on the second book of this intricate, epic fantasy.
Miles Cameron is a full-time writer who lives in Canada with his family. He also writes historical fiction under another name. The Traitor Son Cycle series is his fantasy debut.
"I cannot recommend the Traitor Son Cycle enough... amazing."—SF Signal on The Fell Sword