In with the Devil: A Fallen Hero, a Serial Killer, and a Dangerous Bargain for Redemption (Paperback) 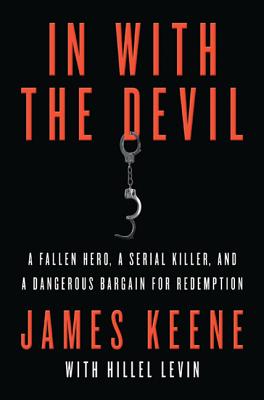 In with the Devil: A Fallen Hero, a Serial Killer, and a Dangerous Bargain for Redemption (Paperback)

The basis for the Apple TV+ show Black Bird.

In with the Devil presents the true story of a young man destined for greatness on the football field—until a few wrong turns led him to a ten-year prison sentence. He was offered an impossible mission: Coax a confession out of a fellow inmate, a serial killer, and walk free.

Jimmy Keene grew up outside of Chicago. Although he was the son of a policeman and rubbed shoulders with the city's elite, he ended up on the wrong side of the law and was sentenced to ten years with no chance of parole.

Just a few months into his sentence, Keene was approached by the prosecutor who put him behind bars. He had convicted a man named Larry Hall for abducting and killing a fifteen-year-old. Although Hall was suspected of killing nineteen other young women, there was a chance he could still be released on appeal. If Keene could get him to confess to two murders, there would be no doubt about Hall's guilt. In return, Keene would get an unconditional release from prison. But he could also get killed.

A story that gained national notoriety, this is Keene's powerful tale of peril, violence, and redemption.

James Keene is the son of a former police officer who went from high school football star to major-league drug dealer. Serving a long prison sentence, he accepted an offer from the federal government to go undercover as an inmate in the nation’s toughest maximum security prison for the criminally insane in order to help solve the case of a serial killer who was incarcerated there. In exchange, he would gain his own freedom. After his release, he returned to college and earned a degree in business. He now lives in Chicago. He is a co-author of In with the Devil.

Hillel Levin has been an investigative reporter for The Nation, New York magazine, Metropolitan Detroit, Playboy, and editor for Chicago magazine. He is the author of Grand Delusions and coauthor of When Corruption Was King.

“[A] fascinating view of life behind bars.” —Kirkus Reviews

“Structure[d] like a mystery novel . . . Fascinating [and] suspenseful.” —Booklist