The Eye of the Storm: A Novel (Paperback) 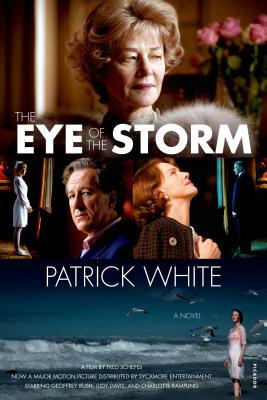 The Eye of the Storm: A Novel (Paperback)

In White's 1973 classic, terrifying matriarch Elizabeth Hunter is facing death while her impatient children—Sir Basil, the celebrated actor, and Princess de Lascabane, an adoptive French aristocrat—wait. It is the dying mother who will command attention, and who in the midst of disaster will look into the eye of the storm.

"An antipodean King Lear writ gentle and tragicomic, almost Chekhovian . . . The Eye of the Storm [is] an intensely dramatic masterpiece" (The Australian).

Patrick White was born in England 1912 and raised in Australia. He became the most revered figure in modern Australian literature, and was awarded the Nobel Prize for Literature in 1973. His books include Voss and The Tree of Man. He died in September 1990.

“In his major postwar novels, the pain and earnestness of the individual's quest for ‘meaning and design' can be felt more intensely than perhaps anywhere else in contemporary Western prose.” —The Sunday Times (London)