I May Be Some Time: Ice and the English Imagination (Paperback) 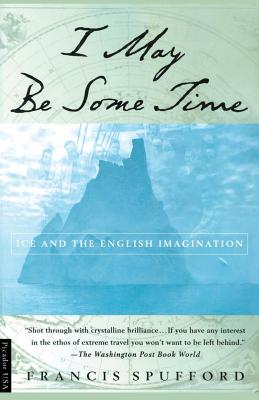 I May Be Some Time: Ice and the English Imagination (Paperback)

Francis Spufford explores the British obsession with polar exploration in a book that Jan Morris, writing in The Times, called, "A truly majestic work of scholarship, thought and literary imagination . . ."

The title, a last quote from one explorer to his party as he left their tent never to return, embodies the danger and mystery that fueled the romantic allure of the poles and, subsequently, the British imagination. Far from being a conventional history of polar exploration, I May Be Some Time attempts to understand what was going on in the minds of the polar explorers as they headed toward destinies like Terra Nova.

Serving up a heady brew of Captain Perry, Jane Eyre, gastronomic obsessions with iced desserts, and the daily lives of Eskimos, Spufford treats the reader to one of the most satisfying and imaginative contemporary works dealing with exploration and human need.

Francis Spufford is the author of several highly praised books of nonfiction, including his debut, I May Be Some Time, which won the Writers’ Guild Award for Best Nonfiction Book of 1996, the Banff Mountain Book Prize, and a Somerset Maugham Award. It was followed by The Child That Books Built, Backroom Boys, Red Plenty (translated into nine languages), and Unapologetic. His first novel, Golden Hill, won the Costa First Novel Award. In 2007 he was elected a Fellow of the Royal Society of Literature. He teaches writing at Goldsmiths College and lives near Cambridge.

“. . . a high-cultural history, both passionate and intricate . . . Breathtaking.” —The Boston Globe