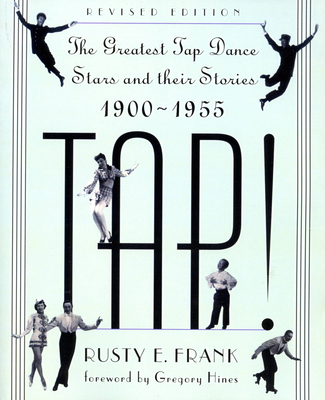 
Usually Ships in 1-5 Days
"If you like tap dancing and tap dancers--this is your book."--Gene Kelly

From the vaudeville era, through the Astaire-Rogers movies, to the intricate artistry of bebop, tap has dominated American dance with its rhythm, originality, and humor. This book collects the voices and memories of thirty of America's best-loved tap-dance stars and two hundred rare theater, film, and publicity photographs. Here Shirley Temple recalls her magical duo with Bill "Bojangles" Robinson; Fayard Nicholas describes his days at Harlem's Cotton Club performing with Cab Calloway; Fred Kelly visits his and his brother Gene's Pittsburgh dance studio; Hermes Pan reminisces about his work with George Gershwin, Ginger Rogers, and Fred Astaire; and, in a chapter new to this edition, Toy and Wing tell about their days as the world's leading Asian tap duo. Appended with the most comprehensive listing of tap acts, recordings, and films ever compiled-newly updated for this paperback edition-Tap! brings to life the legends of one of America's most cherished and enduring art forms.
Foreword by Gregory Hines

Rusty E. Frank is a tap dancer, producer, historian, and tap dance preservationist. She studied with many of the great tap masters; she produced, directed, and appeared in the all-star tap revues Jazz Tap!; and she owns and operates On Tap!, which promotes tap productions and markets tap supplies. She lives in Los Angeles, where she is producing the documentary TAP! The Tempo of America.