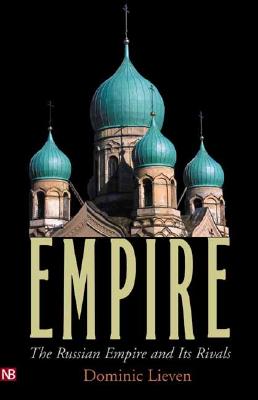 How does one empire differ from another? Why do empires rise and fall? What has made empires flourish in some eras and regions of the world but not in others? In this broad and ambitious book, Dominic Lieven explores the place and meaning of empire from ancient Rome to the present.
The central focus of the book is Russia and the rise and fall of the Tsarist and the Soviet Empires. The overwhelming majority of works on empire concentrate on the European maritime powers. Lieven's comparative approach highlights the important role played by Russia in the expansion of Europe and its rise to global dominance. The book contrasts the nature, strategies, and fate of empire in Russia with that of its major rivals, the Habsburg, Ottoman, and British empires, and considers a broad range of other cases from ancient China and Rome to the present-day United States, Indonesia, India, and the European Union.
Many of the dilemmas of empire persist in today's world, and Lieven throws new light on some of the most intractable current examples, including the crisis in the former Soviet Union, the troubles in Ulster, and ethnic cleansing in the Balkans. This major examination of the imperial experience presents history on the grandest scale, combining formidable erudition with stimulating readability.

Dominic Lieven, a former Kennedy scholar at Harvard University, is professor of Russian government at the London School of Economics. Among his many publications are the highly praised Nicholas II and Russia's Rulers under the Old Regime, published by Yale University Press.