Fear and Nature: Ecohorror Studies in the Anthropocene (Anthroposcene #8) (Hardcover) 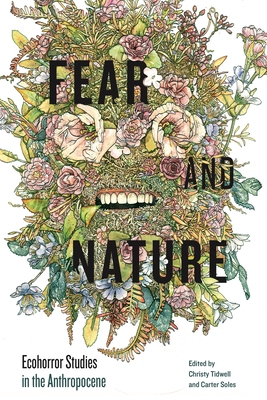 Fear and Nature: Ecohorror Studies in the Anthropocene (Anthroposcene #8) (Hardcover)

Ecohorror represents human fears about the natural world--killer plants and animals, catastrophic weather events, and disquieting encounters with the nonhuman. Its portrayals of animals, the environment, and even scientists build on popular conceptions of zoology, ecology, and the scientific process. As such, ecohorror is a genre uniquely situated to address life, art, and the dangers of scientific knowledge in the Anthropocene.

Featuring new readings of the genre, Fear and Nature brings ecohorror texts and theories into conversation with other critical discourses. The chapters cover a variety of media forms, from literature and short fiction to manga, poetry, television, and film. The chronological range is equally varied, beginning in the nineteenth century with the work of Edgar Allan Poe and finishing in the twenty-first with Stephen King and Guillermo del Toro. This range highlights the significance of ecohorror as a mode. In their analyses, the contributors make explicit connections across chapters, question the limits of the genre, and address the ways in which our fears about nature intersect with those we hold about the racial, animal, and bodily "other."

A foundational text, this volume will appeal to specialists in horror studies, Gothic studies, the environmental humanities, and ecocriticism.